This is a posting made for Fatih's session showing his unit. The participants are supposed to create a post which can be commented on. This is a good activity for trying out something for real. Although I alread had a blog ... this is it!
Ingebj
Lagt inn av Ingebjørg kl. 11:39 43 kommentarer:

In societies of the old times where most communication was based on oral speech and dialogue, i.e. where there was little writing and reading, a bit of language use was situated, i.e. placed in a situation. In oral communication the speech situation, i.e. the people and objects that are present, topological features of the nature in and around the speech place, affect what is said and how it is said. People and objects may be pointed to as further explication of who or what is meant by the words, gestures may emphasize certain utterances, etc. Another feature of oral communication then and now is that speech proceeds in time as one thinks of what to say, or it proceeds according to a memorized plan. The form of a formal speech was influenced by the fact that it had to be memorized, often yielding a chronological structure.

Some say that in the historic transition from orality to literacy, there was also a shift in the way of thinking. Writing does not require memorization, a written text does not need the memorizing help that a chronological structure may give. Hence writing is often organized by way of other principles than time, it is often structured by way of dichotomies like pro – contra, or by way of a subordinating structure, like general point – examples, general point – arguments, etc., all of which are static ways of organizing thoughts, not temporal. Importantly, too, written texts are much less dependent on the situation of the writing act. In fact, writing requires that the writer is able to lift the form and the content of the text out of the particular act of writing, so that the text can be understood outside of that particular situation. It requires of the writer that he takes a step aside and looks at the text from the outside, from a potential reader’s situation, and adapts the text accordingly.

The shift from orality to literacy – writing and reading – may have promoted a distanced, non-situated, static way of thinking. It also promoted a one-way “communication” – understood in the way that it is not possible to interrupt the text, i.e. impatient or disagreeing readers can stop reading, but the text is still there, in whole. And the author of the text does not expect immediate replies.

Up to recently, that is. Now, in a wide variety of writing acts, an immediate reply is exactly what is expected. When emailing, SMS-ing, chatting undertaking other social networking, one expects there to be a response within a relatively short time. The texts of such communication may be accompanied by photos, pictures, videos etc, explicating and situating the written text in ways that resembles orality. Obama did it this way. It worked for him. Now every politician wants to communicate through the new media. But some of these politicians are still stuck in the old literacy way of thinking, i.e. they write non-situated, static monologues on the net. They do not open up and show their situation to the people out there for them to recognize and respond to.

Most young people in Europe, on the other hand, are small Obamas in respect to communication. They use the new media, the social networking applications, more or less all the time. When they do, they do not think in the old literacy way. They know how to create a shared situation for text-sender and text-receiver, they know how to make the communication situation dynamic and not static, and they expect, encourage, prepare for and handle responses. Still, the communication consists of a lot of writing. This is the new literacy.

Most young people in Europe are like Obama, yes, but not all (viz. Mediappro 2006). This is where teachers and school come in. The "spreading" from teachers to pupils of practicing with Web 2.0 applications is one step toward obtaining better media literacy for all, which in turn is a prerequisite for the HR nr. 10, "Freedom of expression". The problem is that some teachers and some teacher students are a bit like the old literacy politicians mentioned above, they are not aware of the differences between old literacy and new literacy. Also they do not know the technicalities of the new media and therefore tries to avoid the whole issue.

How may a project like that of using the blog or other web 2.0 applications in school somewhat even out the variances in pupils’ use of this kind of media? This variation in experience and use of the new media is connected to socioeconomic differences in the pupil population. Such school initiated web 2.0 projects may therefore be seen as enhancing HR nr. 10 in underprivileged groups of the pupil population. Do you have any thoughts about that?

Also, one must be aware of concrete human rights to be heeded when using web 2.0 applications - in school with the teacher present and at home when the pupils are left more to themselves. Some such HRs are Article 6 - Right to a fair trial, Article 8 - Right to respect for private and family life, Article 14 - Prohibition of discrimination, Article 1 of Protocol No. 1 - Protection of property. Do you have any ideas concerning how a teacher should approach these HR-articles in a practical school setting?

Mediappro / European Commission 2006, The Appropriation of New Media by Youth. Available at http://www.mediappro.org/publications/finalreport.pdf 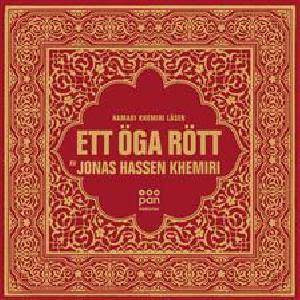 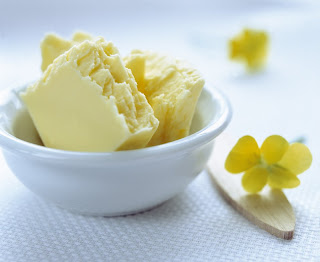